Leire and I (Unai) had seen the power of Foodsharing Copenhagen and we wanted to give it a try here in Bilbao. Around the end of 2016 we set up a meeting at Sarean that attracted two more people: Ione and Laura.

We agreed to create a Facebook group, to invite people and to host a second meeting when more people were available. The second meeting never took place; instead, luckily enough Laura knew Joachim (from yunity) and he proposed us to join a series of online meetings where we got to know the basics about Foodsharing. 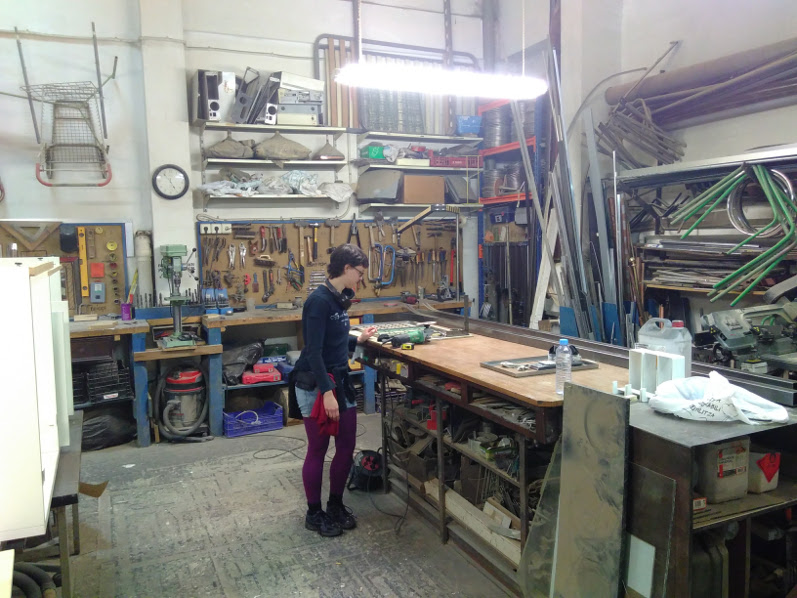 Janina in Recrea2, where we'd work on the bike trailer a week later.

Joachim had planned to come to Bilbao around the end of March, together with Janina, to kickstart the movement. And they did so!

The first pickup ever took place at Panadería Buenos Aires a couple of days before their arrival, but once they arrived everything speed up: we organised an intro meeting at Bilbiko Kultur Etxea, we established a collaboration with Ecorganic and started daily pick-ups (except for Sunday), we half-built the bike trailer at Recrea2, we made some contacts such as Karmela squat or Álvaro, from Nevera Solidaria. It was a highly productive yet super relaxed fortnight. Thanks a lot guys! 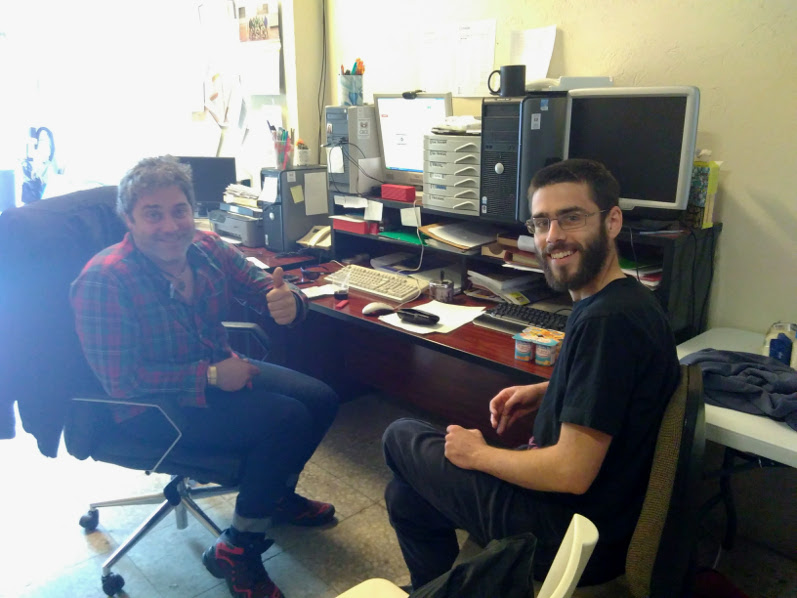 Once the yunity team left things slowed down but have kept running ever since. The collaboration with Ecorganic is getting stronger and we’ve only missed one pick-up; four people have signed the liability contract and have done at least one pick up. On the other hand, the collaboration with Panadería Buenos Aires is really weak because they do not have leftovers anymore. We have weekly foodshare events at Karmela and Bilbiko Kultur Etxea. We have contacted big supermarkets such as Lidl and ALDI. We are going to present Foodsharing Bilbao and prepare food in an event organised by the Space Exchange Network and at a neighbourhood assembly. We have been invited to organise a Disco Soup in Sarean that might take place soon or after this summer. We will be live on air soon in a local radio station. We are active!

The movement is still a baby, but we are in no rush to grow. Everything happens when it has to happen :)